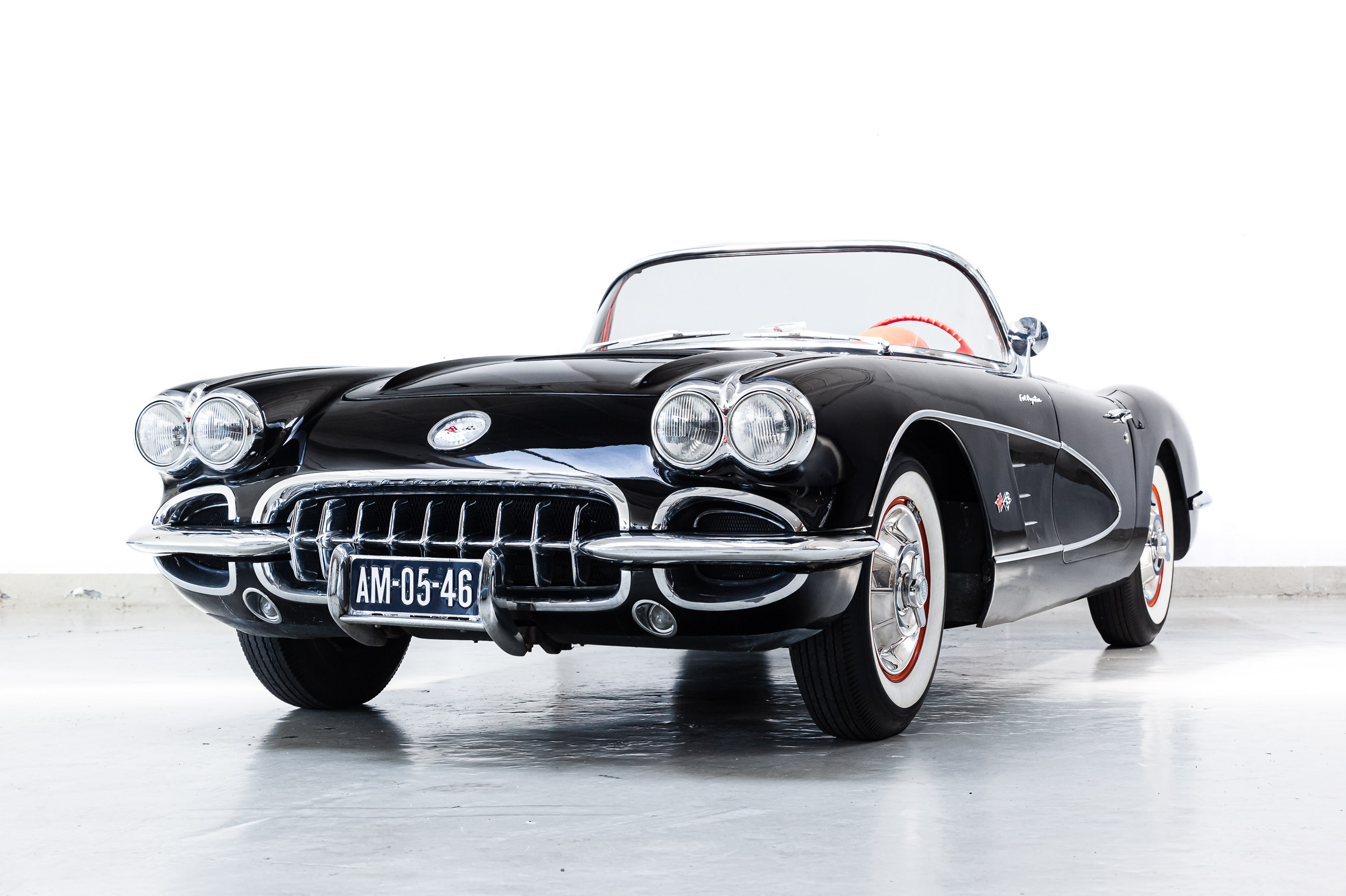 A Corvette without the average plastic we complain about as the breadbox and a Corvette born without a V8. It all started in 1953 in New York during the Motorama Show, when the first C1 was shown to the public. Little did they know, a legend was born…

For the first two years, legend status remained out of reach, because with a 150 HP six-in-line and a two-speed automatic transmission, it was a slow ‘sports car’ for the time. Fortunately, the frame was quickly modified to make room for a 4.3-liter V8 a scant two years later. In 1957, ours was born; a 4.6 liter V8 with injection. She almost got twice as many kicking horses. That in combination with the manual transmission; Do. We. Need. To. Say. More.

Ours comes from a rather special nest; it comes from the Bouvries collection, where, alongside four other classics, it formed a total picture of ‘the most beautiful classics ever made’; Says Jan. The Ferrari Dino, the Jaguar Etype S1 OTS, the Volvo P1800 S, the Porsche 356 Speedster and so the Chevrolet Corvette C1. We completely agree with the style legend of Dutch soil. Also funny; Everything at Jan’s was white, except the classics. Those had to be black.

Our ‘Fuel-e’ has long been fully restored in the Netherlands and has recently been technically overhauled by our house-specialist Lusso Classics. All invoices are present, she is now really ready for many smiles a litre. A high gloss black car with bright red leather interior and a manual transmission. Miracles aren’t our thing, but we’re sure we can come to an arrangement.